Shopping Basket
Your Basket is Empty
Quantity:
Subtotal
Taxes
Delivery
Total
There was an error with PayPalClick here to try again

Thank you for your business!You should receive an order confirmation from Paypal shortly.Exit Shopping Basket

We're sorry to have to inform you that Frank Loveder lost his battle with cancer on Friday 2nd May. He died in the Royal Berks Hospital, Reading, with his  family at his bedside.

Frank was Scout Leader of Troop IV from 1975 until 1988 and after his departure from teaching at Dulwich continued to be a strong supporter of the Group. He was regularly to be found at Summer  Camps and on the Snowdonia Expedition which he started back in 1977. He was active until the very end having joined us in Snowdonia only 3 weeks ago. 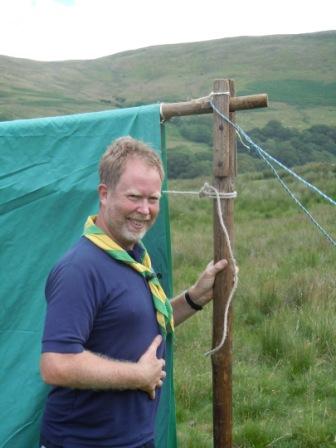